The blissful aroma of a freshly baked quiche, the steam from simmering vegetable broth, the nostalgic smell of grandma’s style meat stew…Unfortunately, the kitchen is not always a nice-smelling area. No matter how hygienic you keep it, unpleasant odors can quickly emerge. Whether it’s leftovers, a moldy sink, or a refrigerator, there are some things you can’t get rid of right away unless you put these tips into practice!

If you are concerned about kitchen odors, fill a bowl full of white vinegar and place it on the counter. It absorbs odors from fried foods, raclette, fish, etc.

For greater effectiveness, boil the white vinegar in an open pan. The fumes will absorb stubborn odors in the room.

Bad odors in the kitchen can be caused by garbage. Sprinkle baking soda on the bottom of the trash can and put a trash bag over it to avoid it. Food traces, torn bags, expired food…

You can also use baking soda to scent your refrigerator. Place some in a bowl in the middle of the refrigerator; remember to replace it every three months.

To prevent bad odors in the pipes, for example, pour 1/2 cup of baking soda down the sink. 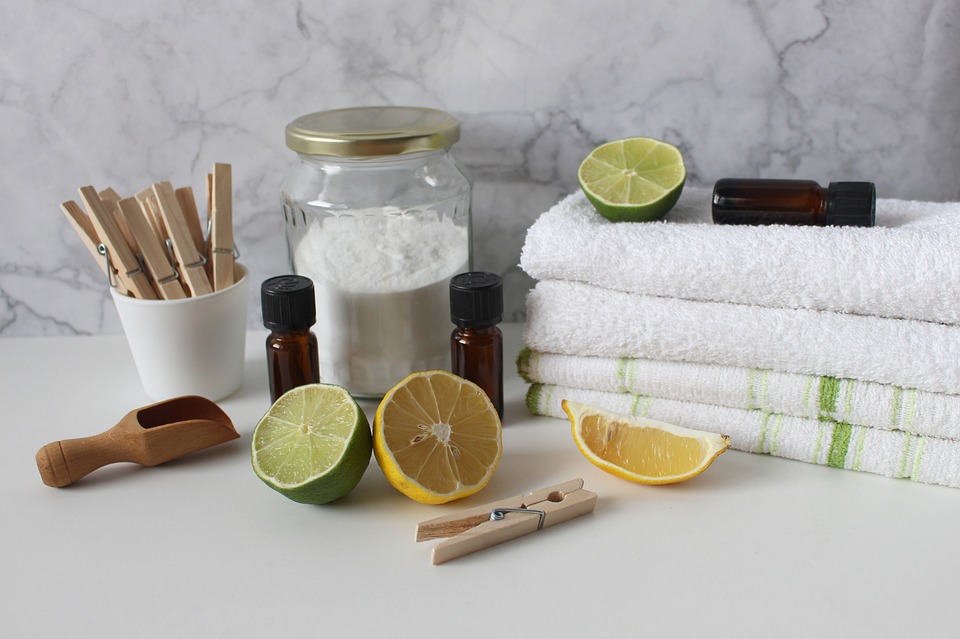 3) Harness the Power of Coffee Grounds

Another easy trick is to use natural products. Does your sink smell bad? Coffee grounds can help, how?” Or “what?” By degreasing the pipes!

Once you start cooking, it is difficult for anyone to avoid food odors. Even the best exhaust fan won’t necessarily prevent the smell of freshly baked potato chips from lingering in the kitchen. In such cases, a readily available air freshener can be effective. Of course, ready-made air fresheners are available, but they are not always environmentally friendly. Prepare your own deodorant by boiling water with lemon, herbs, or vanilla. You can also stick a clove in an orange and enjoy the fragrance.

5) Put an Air Freshener in the Refrigerator

Half a chicken leg, soup, expired milk, the refrigerator often contains a mixture of different odors. And even if you clean it every week, those odors keep coming back. A plate of sliced lemon rings in the fridge can solve the problem. Citrus fruits are ideal deodorizers and spread a wonderful fresh aroma in the fridge. Dried tea bags are also excellent deodorizers. Do not leave them out for weeks. If they start to go bad, you will be back to square one.

6) Salt Removes the Smell of a Burnt Oven

Baked goods, we all do it from time to time. Homemade pizza gets burned while the toppings are at the bottom of the oven. Removing dirty dishes and burnt debris is how we usually try to get rid of the mess, but a more efficient way is to let the oven cool down first, then sprinkle a little salt on the surface. This removes the odor, but it also makes it easier to remove food residue later. Have you ever overdone it, and the burning smell lingers for days? Then put a bowl of baking powder, charcoal, and lemon juice in the oven or microwave every day.

Let us know if these few tips have helped you in the comments below!